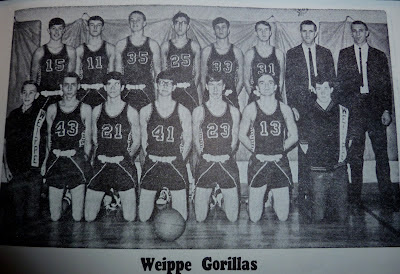 
March Madness and the college basketball season are behind us now…, and if there were any real memorable moments…, I missed them.  But I didn’t watch many games this year.  Never was a big fan…, I usually don’t pay much attention until the NCAA tournament starts.  This year I didn’t watch any games until the Final Four.  So I missed seeing one of those, “It’s all over now…, no…, wait…, it‘s a miracle comeback in the final seconds…, unbelievable!”  Those are the exciting moments you long for when you really have no interest in who wins or loses.  It can become memorable if a sentimental favorite team pulls it off and you experience it from in front of the TV.  But it becomes an indelible memory if you have a front row seat at the game.  If you were a high school junior sitting on the bench watching your teammates pull off one of those miracle finishes to secure the District Championship and vault you into the State Tournament…, it becomes something more like myth or legend.  I know…, I was that kid in 1969.  It was Thee Game.