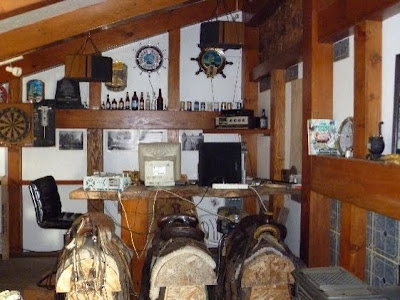 Uh Oh ..., got a digital camera. An amazing little toy..., to say the least..., and I can forget all that I remember from a semester of Photography classes long, long ago.

The Saddle Bar(n) didn't start out as such..., it was orignally The No Dogs Allowed Timberframe Whiskey Bar Saloon. So named because my most frequent customers were our "pack of dogs" as my neighbor once angerly referred to them. The theme was to be nautical in nature with a genuine chart of the Labashure Bay area..., where Julie and I spent four logging seasons dreaming of The Ranch..., of Prince of Wales Island in Southeast Alaska hanging on the wall above the big spruce slab of a bar with a map of the Inside Passage from Seattle to Skagway wood burned into the surface. The sailboat themed lighted beer signs and the Hamm's bottle and can collection attest to an Ebay obsession that pre-dates the saddle obsession that evolved.

Pictured in the foreground are just three of the George Lawrence saddle collection..., that now numbers seven. Add a couple of Ray Holes saddles, a couple better know brands (Big Horn and Simco) and a Decker pack saddle..., and well..., there you have it. The Saddle Bar(n). And the coldest beer..., Hamm's of course..., on the coast.

12/17/16  -  Update  -  My cousin Debbie (Chapman) Smith commented about the bar that I mentioned above..., here's a photo..., I really should clean it off and get a good picture of it.  The blueish tint is the Pacific Ocean..., lower left is the northern tip of the Olympic Peninsula..., just north of it is Vancouver Island..., and the Canadian coast is on the right.  The southeast Alaska coast is covered by the dead computer and various other objects that can't seem to find a better place to reside. 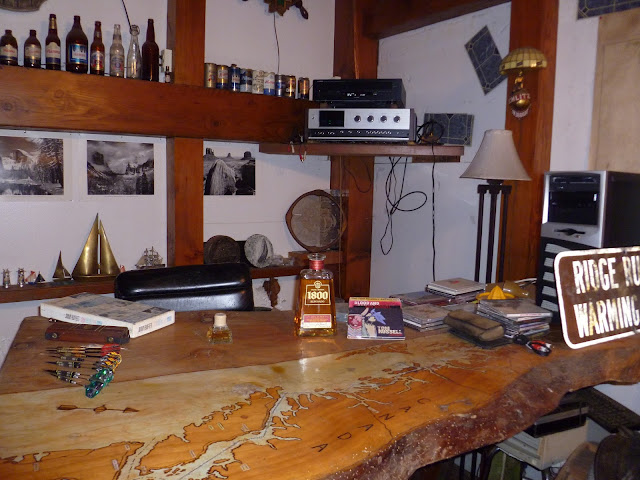 Just can't get all the saddles in the picture..., 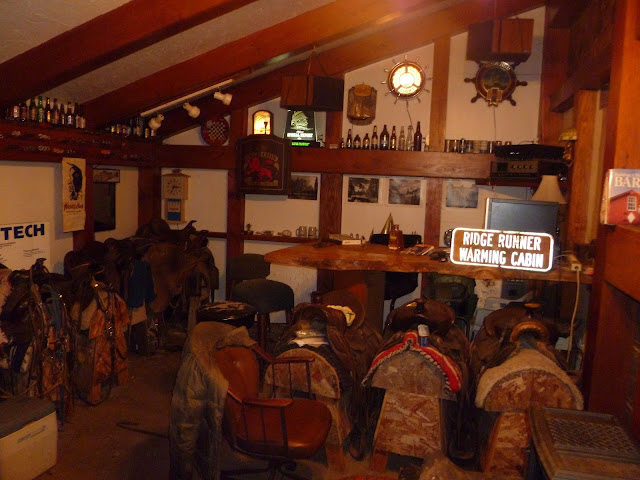 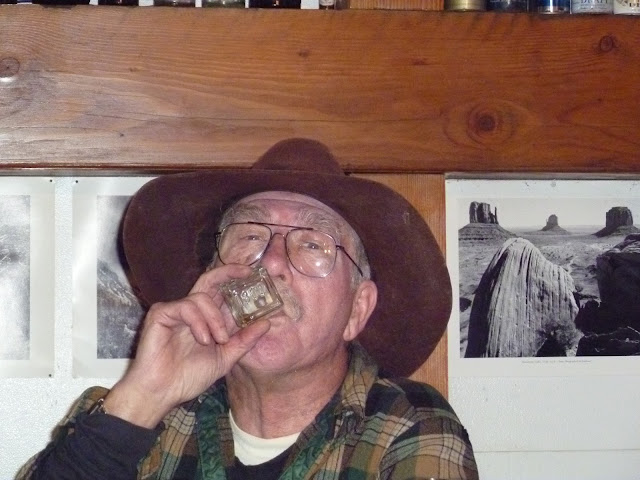